William ROBINSON, ‘Out of the dawn’ 1987, oil on linen. Collection of Martin and Jan Jorgensen, Brisbane. 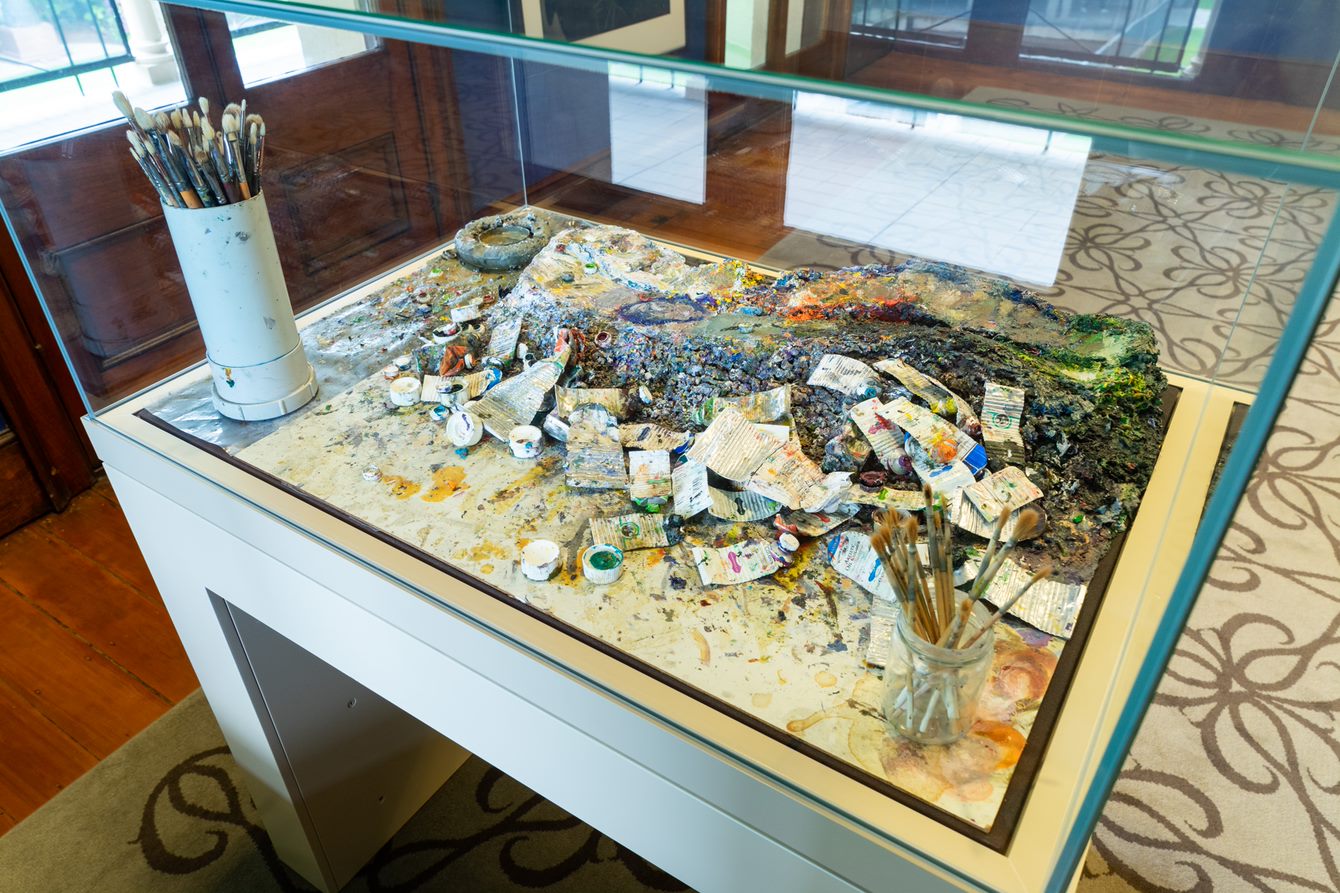 William Robinson's palette used between 2001 and 2008.
Previous Next
< Previous > Next

The passage of time is a major theme in William Robinson’s practice and many of his paintings from the late 1970s onwards incorporate both day and night simultaneously. In several of these works, the night sky is depicted as a reflection: in rivers of stars or pools mirroring the moon. This exhibition of nocturnal works illuminates the artist’s fascination with the shimmering night sky and the sparkling landscape sprawling below, highlighting his signature multi-point perspective from the vantage point of the twilight hours.

Audio descriptions of a selection of artworks in Nocturne

The Social Story illustrates a visit to the exhibition Nocturne at the William Robinson Gallery with information about what to expect. This tool is designed for use by individuals requiring support to navigate through the Gallery and enjoy the experience. See the Your Visit page for details